One thing that consistently annoys me is when seemingly reputable companies decide for some reason that the rules on unsolicited marketing communications, that is to say, in the United Kingdom, the snappily titled “Privacy and Electronic Communications (EC Directive) Regulations 2003”, don’t apply to them for some reason.

The latest organisation to suddenly conclude it has the right to send me such unwanted communications is LOVEFiLM which has recently decided it should send me regular SMS messages full of some banal nonsense.

The first such message I received was two weeks ago, on 18th December 2011, and when I then checked my account settings on LOVEFiLM I was surprised to find that all the various “LOVEFiLM Marketing” preferences where unchecked apart from one labelled “by SMS” which I am quite sure I would never have checked, and certainly not while I was refusing much less annoying things like email marketing.

I immediately unchecked the box and then expressed my annoyance on twitter:

Wondering if "please SMS spam me" box on @LOVEFiLM preferences is new as mine is set and I wouldn't have done that voluntarily...

I assumed however that, having unchecked the box allowing SMS marketing, that would an end to it. It appears that I couldn’t have been more wrong however as today, two weeks later, another spam SMS was received from them. So twitter has one again been deployed:

So @LOVEFiLM can you explain why you are still sending me SMS spam two weeks after I turned off the SMS marketing flag on my account?

In addition to which I have contacted them directly via their web site to let them know what I think:

Two weeks ago, on Sunday 18th December, I was somewhat surprised to received a marketing text message from you. I was surprised because I had never knowingly agreed to receive such messages and I would normally refuse any such invitation as a matter of routine.

I was even more surprised when I checked my account details on your website and found that all the marketing permission boxes were unchecked except the SMS one. I don’t believe I would ever have chosen those settings, so I wonder if you added that option and defaulted it to on without requesting my permission?

In any case I unchecked that box on Sunday 18th December.

Perhaps you can therefore explain why, two weeks later, I have just received another unwanted spam SMS from you in defiance of my clearly stated preferences, and hence illegally, being in breach of the Privacy and Electronic Communications (EC Directive) Regulations 2003.

PLEASE CEASE AND DESIST WITH THIS BEHAVIOUR IMMEDIATELY.

For the avoidance of all doubt please take this message as notice pursuant to regulation 22 of the Privacy and Electronic Communications (EC Directive) Regulations 2003 that you are not to send me unsolicited SMS messages again.

Any repeat will be reported to the Information Commissioner’s office for possible enforcement action with no further notice to yourselves.

Now I will sit back and see if I have managed to get their attention this time and if they are willing to learn that this sort of behaviour is completely unacceptable. 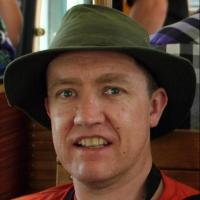